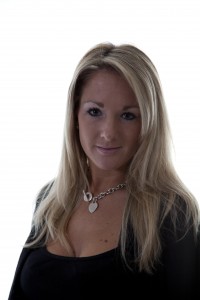 Natasha started her dance training at the age of 4 at her local dance school. As her passion for performance grew, her schedule quickly included a variety of drama, singing and theatre classes. Including R.A.D, Russian & I.S.T.D ballet. I.S.T.D and B.A.T.D tap and modern, and L.A.M.D.A drama. Natasha then went onto a national tour of a rock opera. In 2000 Natasha attended CPA studios, one of the leading performing arts centers’s in the UK. During this time Natasha was very fortunate to be taught by a varied and high calibra of tutors. During this time Natasha was also selected for a part in a short BBC film , titled Spit. Natasha then spent a few years as a radio presenter (outside broadcast and studio work alike) she worked at a local Dorset station, 2CR FM and then branched out to a Capital FM station, Power FM. Natasha has recently left her post teaching for another local performing arts school, to pursue her dream. ‘I am thrilled to now be running my own school with my own ideas and vision. At Select we have a great team with the relevant skills to nurture and achieve the best out of our students.

Tim started his career in singing/performing at a Poole based Dancing School when he was 4 years old, and by the age of 11 was performing at Her Majesty’s Theatre in London in Oliver alongside Robbie Williams as the artful Dodger.  Following this, he played Danny Dan in Bugsy Malone on The West End.

Since this time, Tim has performed over 2,000 live concerts around the world as part of a band incepted 20 years ago, as well as starring as Robbie Williams in Britain’s Robbie Williams Tribute Act, playing nationally and internationally.

Tim is an accomplished musician on guitar, piano and drums. and became a full-time vocal coach/singing teacher in 2003 building up a fantastic reputation over the years.

Most recently, Tim has been a Vocal Coach for the last two series of The Voice and has worked with most contestants and stars involved in the programme, including Jessie J, Tom Jones and Will.i.am.  Tim is also the vocal warm up to theatres such as The BIC and The Mayflower, working with stars such as: Sam Brown, Suggs, Jools Holland, Jessie J (just to name a few).

Tim is professionally endorsed by VocalZone alongside the likes of Tom Jones, Kelly Jones, Gaz Coombes and Catherine Jenkins.

Today, Tim continues to successfully work with local Schools on performance singing and vocal arrangements, as well as working in Dancing Schools such as The Poole Academy of Dance. He is the Musical Director for The Amethyst Singers and also his own Adult Choir ‘Citrus Singers’.